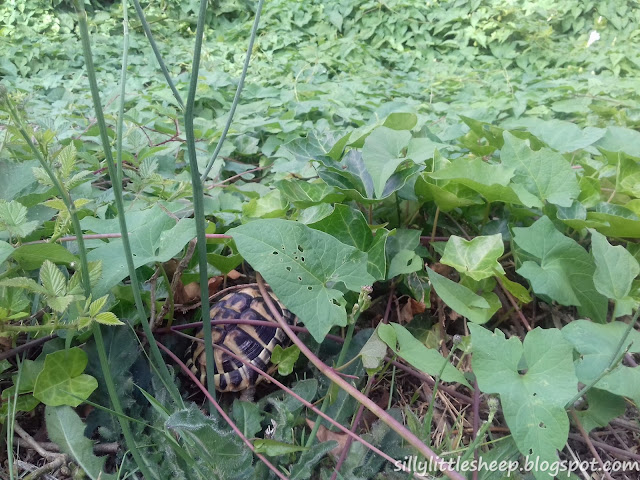 This week Rocket has been proving that not only she doesn't need me on our walks outdoors, but also that if she wanted, she could disappear really easily. For some reason running was more important than eating and she kept on trying hard to get lost in the little neglected jungle of ivy, bindweed and brambles next to our building.

People imagine tortoises as these slow, heavy and stupid creatures, but they couldn't be further from the truth. A healthy tortoise is incredibly agile and can cover quite a distance before you realise it is missing. 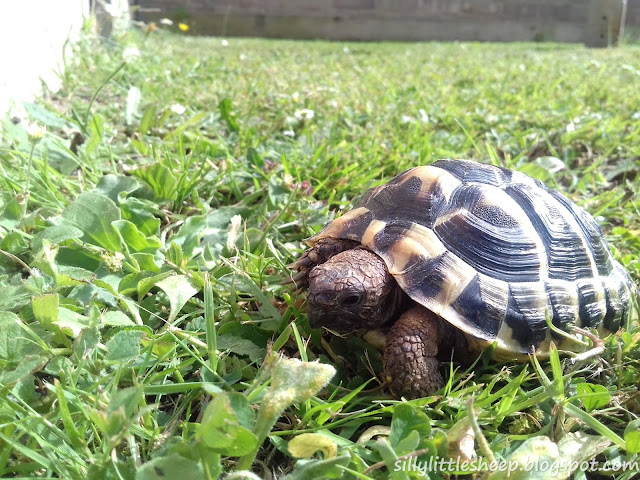 As a child I had a Horsfield tortoise called Puťa. We used to take her to the cottage. My Gran has been watching her, but seeing that she was preoccupied by digging a hole next to a gazebo leg, she went in to do the dishes. Mistake! After fifteen minutes of frantic searching we finally found the tortoise - eating a fallen apple under a tree about twenty metres away (she had a sweet tooth)! Lesson learned : tortoises are fast! 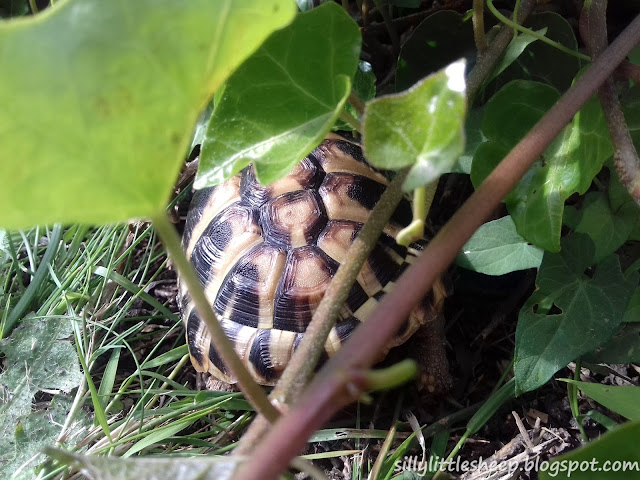 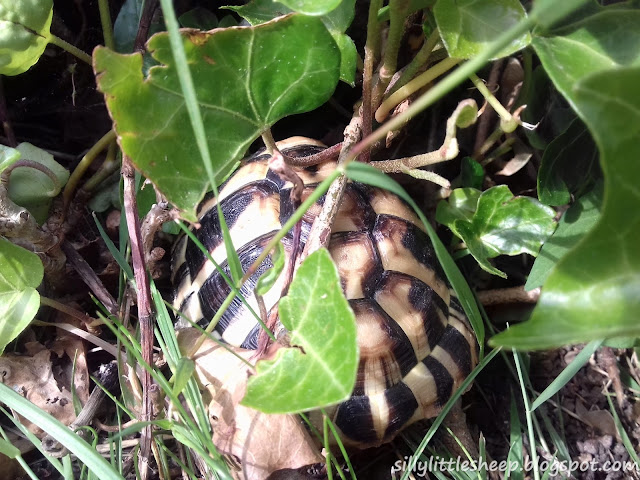 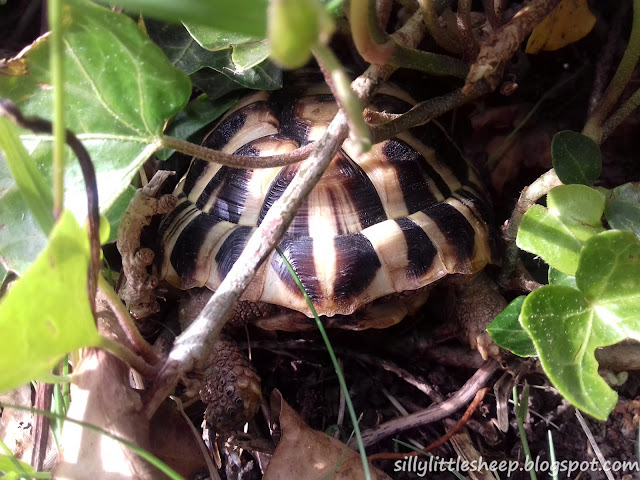 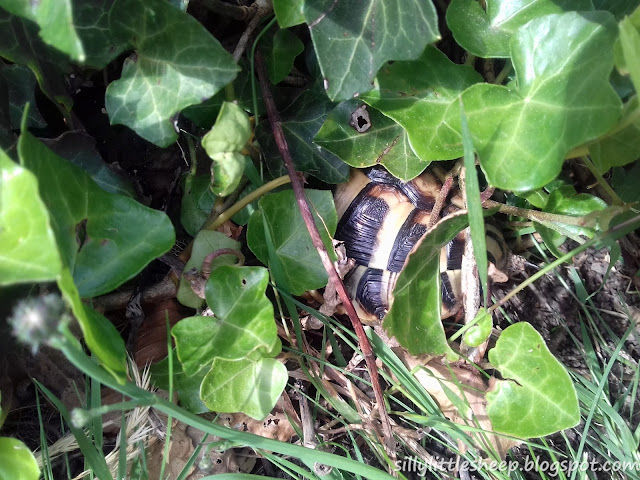