A Sad Weekend for One Sick Pigeon 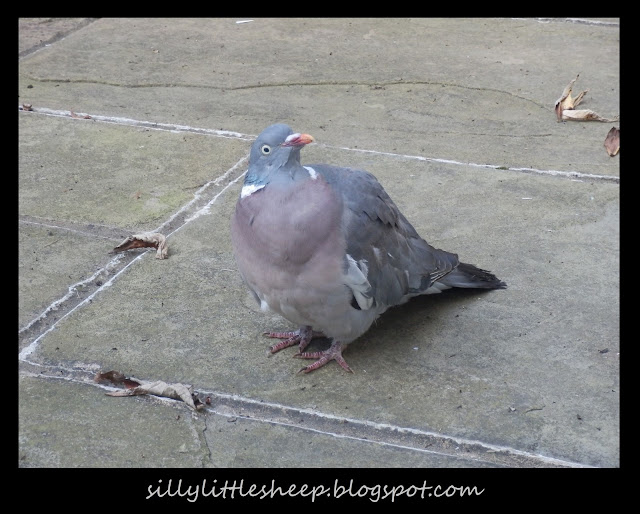 I was repotting my succulents on Saturday afternoon when I noticed a single woodpigeon sitting on a paved area near the house. It just sat there, looking unscared, blinking occasionally.Immediately, I saw an opportunity to take a good woodpigeon picture and ran for my camera. But something was wrong. 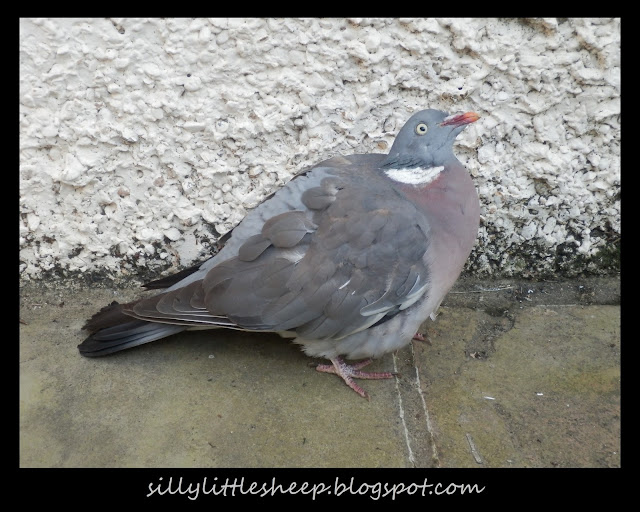 The pigeon did not move, not even when I came really close to it. Its head was tilted to the back, as if in a cramp. I intentionally stumped my feet to scare it and that's when I definitely knew something is very very wrong. The pigeon tried to fly, but it flopped backwards, flapping around in circles, looking utterly terrified, showering the floor around it with little feathers. 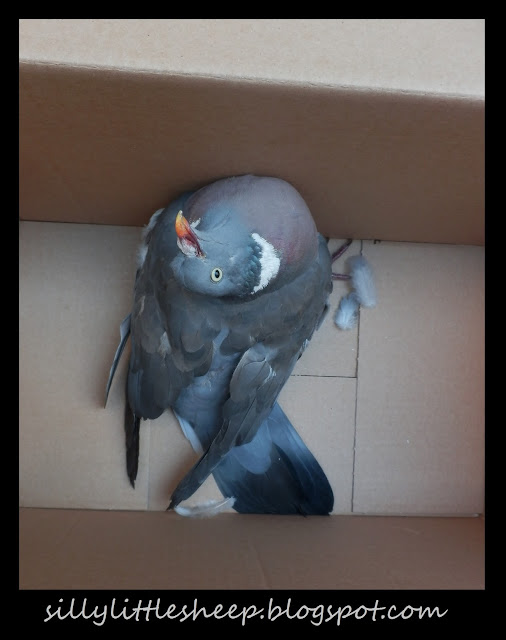 I saw this at the zoo while I worked there, lots of the domestic pigeons suddenly started behaving weirdly due to a virus and had to be out down. So I phoned Wildlife Aid and asked them what to do. Based on their instructions, I put on gloves, transferred pigeon into a box and off we went to a wildlife hospital in Leatherhead. I have not held a pigeon in my hands for twenty years, snce I was seven and visiting my great grandfather in Czech republic who kept domestic pigeons. I remember the little pigeon babies trying to peck at us from the nests when we tried to pet them. 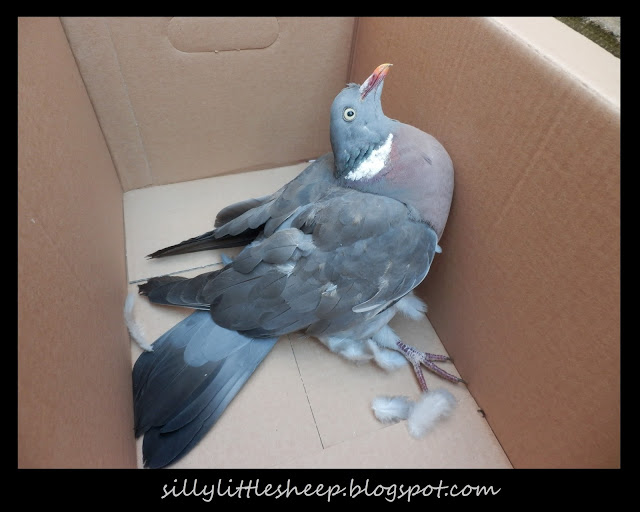 The hospital took it in and gave me its diary number so that I can call to check on how it's doing. Unfortunately, when I checked on it on Sunday, I was told it had to be put down.
I am not too sad though, as the disease was most likely pigeon paramyxovirus, which is highly infectious among pigeons and can lead to slow death by starvation. It does not harm humans but I feel better without sick animals around our home. Hopefully this means that other pigeons in our garden will be safe. Even though we complain about them eating out our birdfeeder and leaving poop around, I do not want to see them ill.
And I know that this might be going a bit too far, but I think that maybe this bird came so close to our house because it knew that we could help it out of its misery.
No comments:

Radishes this year, apart from a couple of first good ones, have been a complete failure.I planted them in several different places and the only ones that actually grew nice red radishes were in a rubbish sandy soil in a very small container on the terrace. Others, including ones in the shady spot in free soil and in a nice sunny spot in a big container full of rich compost, turned thin and woody, basically like a bit thicker stems and not radishes at all.

So I let them be, since the snails quite enjoy eating their leaves, I saved them as a fresh food source for my pets. They went into flower and then produced juicy-looking seed pods, which, according to Alys Fowler, are edible! 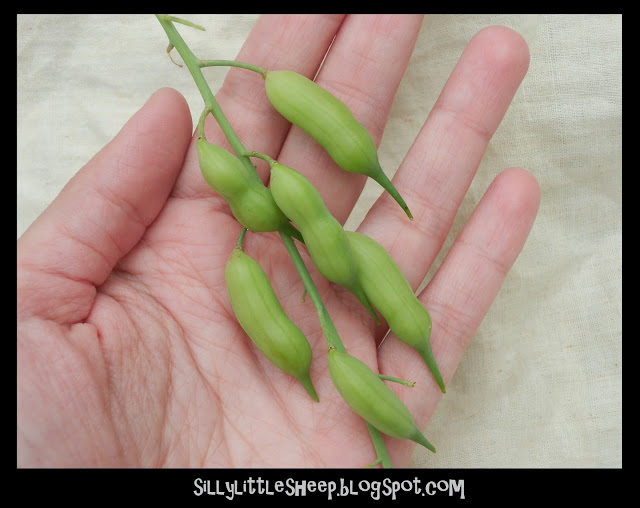 So I tried one and I was pleased to discover that they have a really nice gently radishy taste, but not as spicy as radishes. I actually prefer the pods. 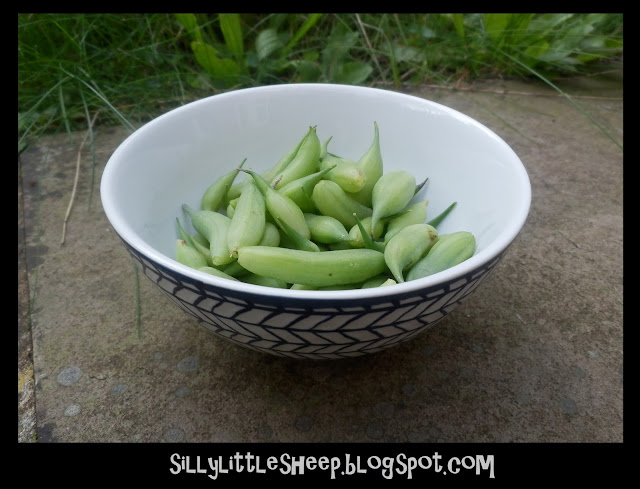 I added them to salads that I made for my lunch and we made one delicious stir-fry with them as well. 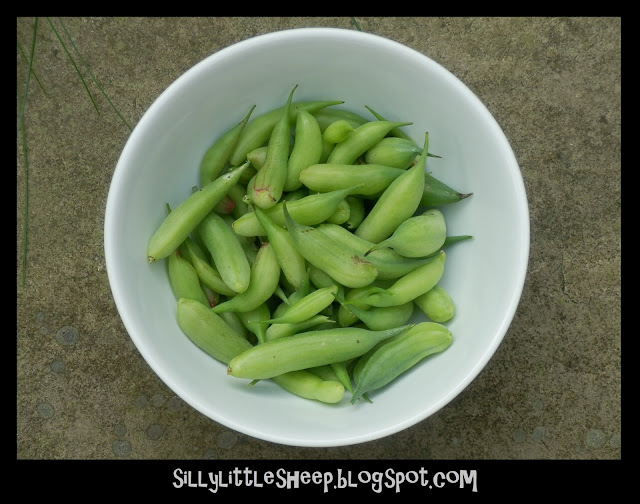 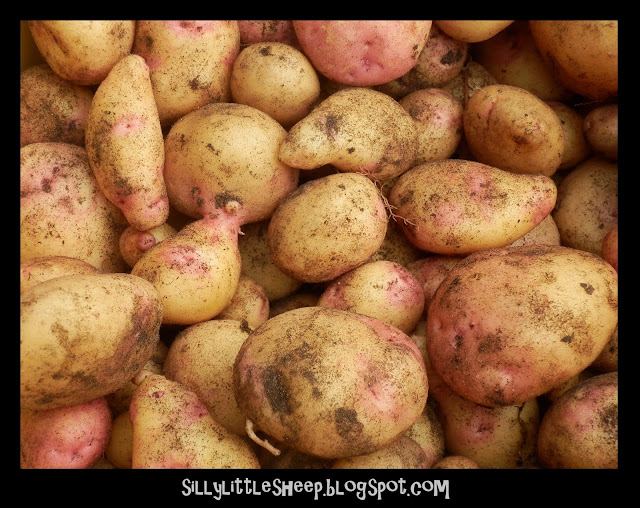 I haven't been to the garden for two weeks. The new job has really sucked out all of my energy, but on Saturday I wandered out and saw that all of the King Edward potatoes have died down and I knew it was time to dig them up. 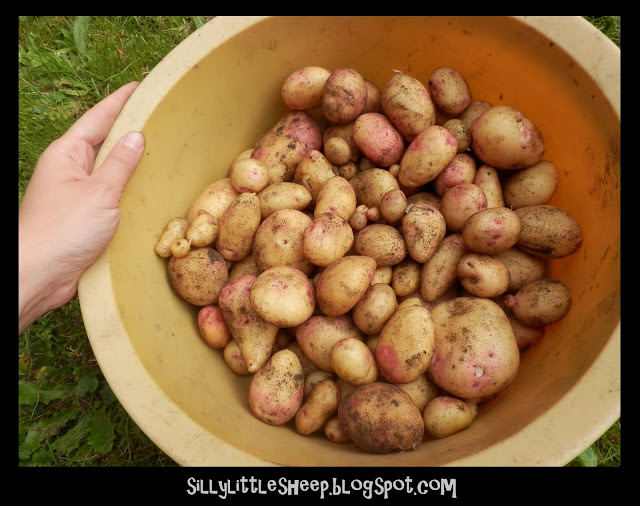 I ws very pleasantly surprised. I finally felt like a proper gardener. 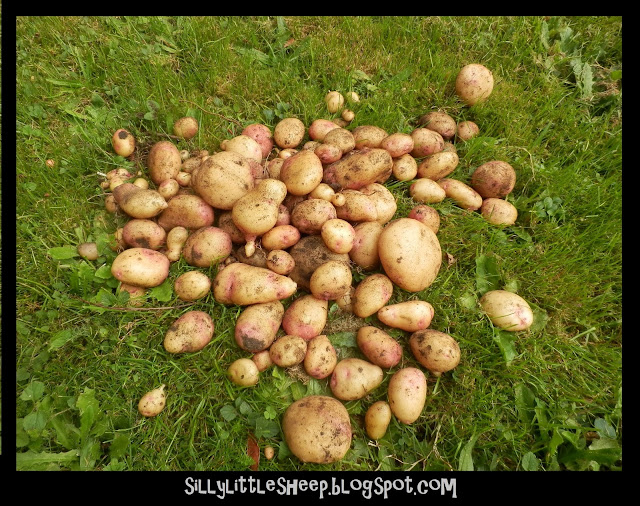 The harvest was really plentiful, there is enough for at least three family dinners. It might not sound much, but it is more than I anticipated after last year's failure.

All of the harvesting and photographing happened under supervision of Birdybird, now fully grown and with adult feathers. 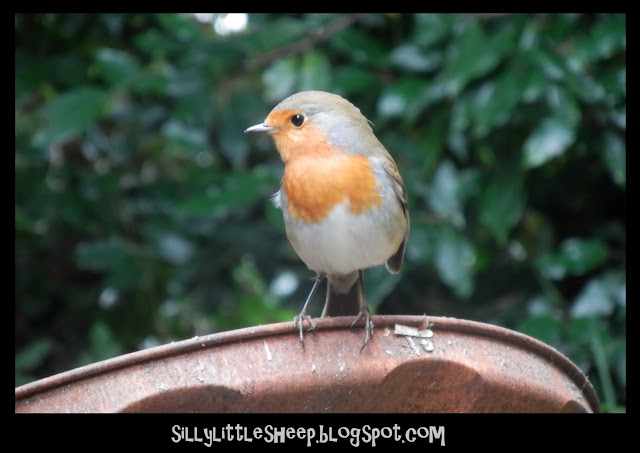 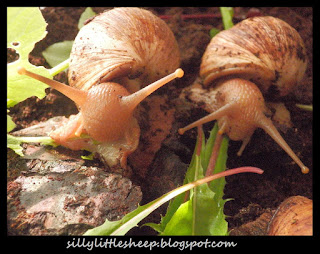 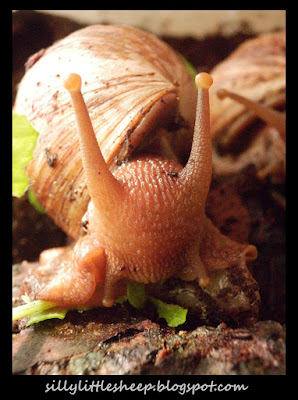 One of the worst things about travelling for me (other than all the waiting at railway stations and bus stops and airports and the stress related to it) is leaving my animals and plants in other people's hands. Luckily, snails do not need that much care and can withstnd some pretty long periods without food or moisture, but I am still happy to come back home and see that they are well. Hence one of the first things that I did was  run to the garden and get
them some nice and juicy dandelion leaves.
Happy snails, happy me.
No comments:

Holiday by the Sea

September is here and nearly over and now comes the time to reminisce about the sunny summer days by the sea. This year we once again visited Combe Martin, my fiance's  family's favourite holiday spot since before he was born. 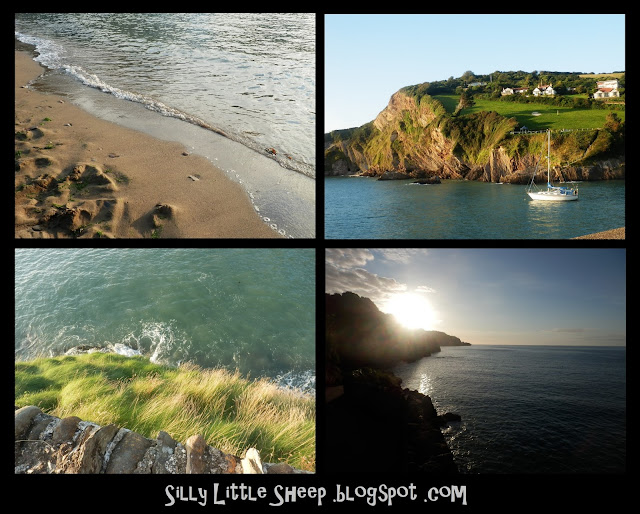 Combe Martin has a special meaning to us all. I have only been there twice, but I will never forget it as a place where we got engaged. It has two beaches and is full of wonderful views. I know one day I will want to bring my children there. 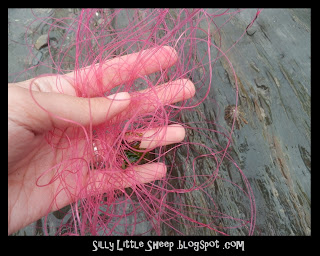 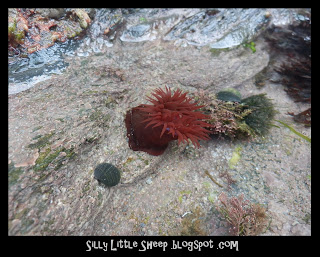 The rocky coast has given me a lot of opportunities for beachcombing. I found a lot of stuff and came home with a lovely little collection of crab exoskeletons, mostly carapaces. Limpets, anemones and periwinkles were everywhere. I was mostly on a lookout for cuttlefish bones for my snails, which were so abundant last year, but I only managed to find a single little broken piece during the whole week. I also happened to de-tangle about twenty metres of fishing line with a hook on end from seaweeed. I had to pry it from underneath two limpets who decided to camp on it for the day, but I felt good about doing my bit of beach cleaning. 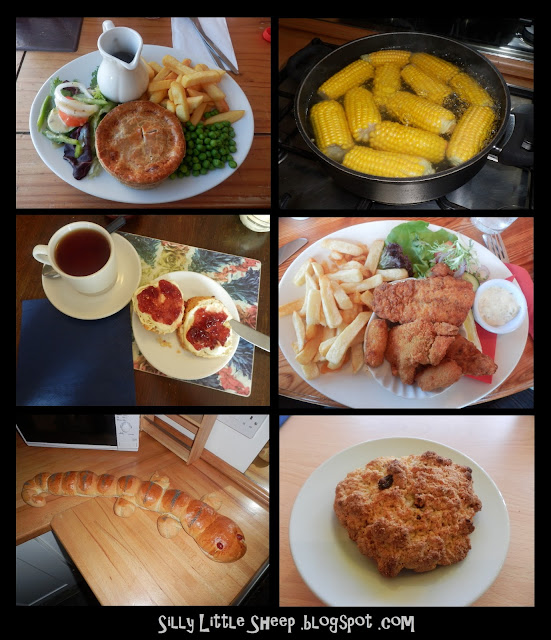 One thing I really love bout holidays is the food. No thinking about what is healthy or feeling bad about eating out too much, it is a holiday, so let's enjoy it. On the evenings that we cooked and ate in, we all ate together and had a great time. My little obsession at the time were steak and ale pies, but we also ate a lot of scampi and chips, cakes, cream teas and we even tried an 'animal bread' from a local bakery. 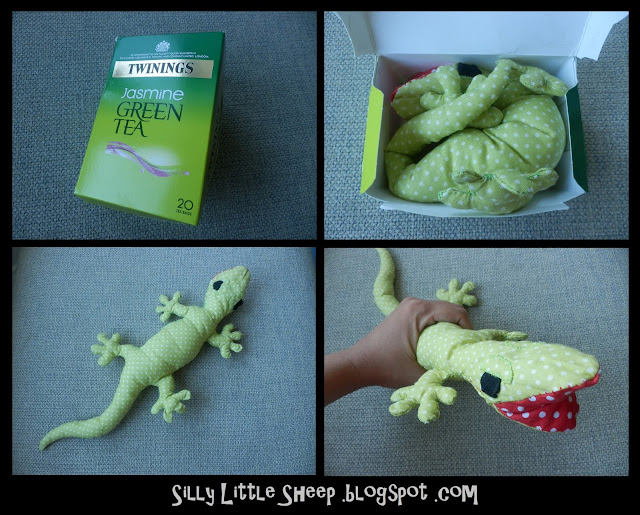 A lot of our time was spent by collectively looking after my niece. Everything was played with. Even an empty box from green tea was turned into a ery cruel gecko storing unit (I am still looking for the person who did it.) 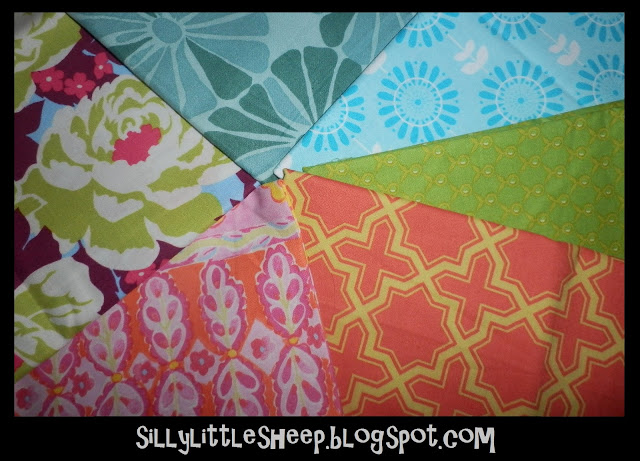 There was a lot of craftiness, too! On a trip to Ilfracombe, we discovered a tiny fabric shop. As soon as we saw it, we knew we HAD TO go in. It was called 'Two Green Monkeys' and was full of most beautiful fabric. Lucky for us, there were massive discounts, unlucky for everyone, it was in its last week. The owner continues to sell handmade bunting and quilts, but no more fabric. I feel lucky that I could buy some of it before she closed. 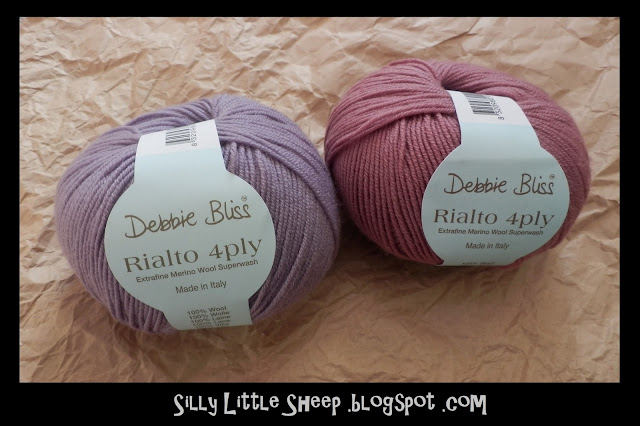 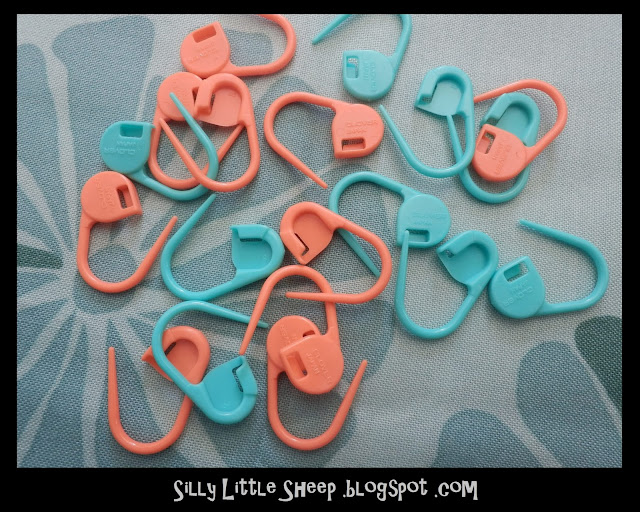 Another crafty shop was Knit Moor right in the Combe Martin town centre. I treated myself to horrendous amount of yarn and some very cute stitch markers (now finally will the octohug arms be evenly spread around the body!)

We also went for ice-cream every day after dinner, played board games and tried surfing for the first time (neither of us managed to stand up on the board, but I was happy with half kneeling, half standing before falling off).

How was your holiday? Did you have a good time?
No comments: