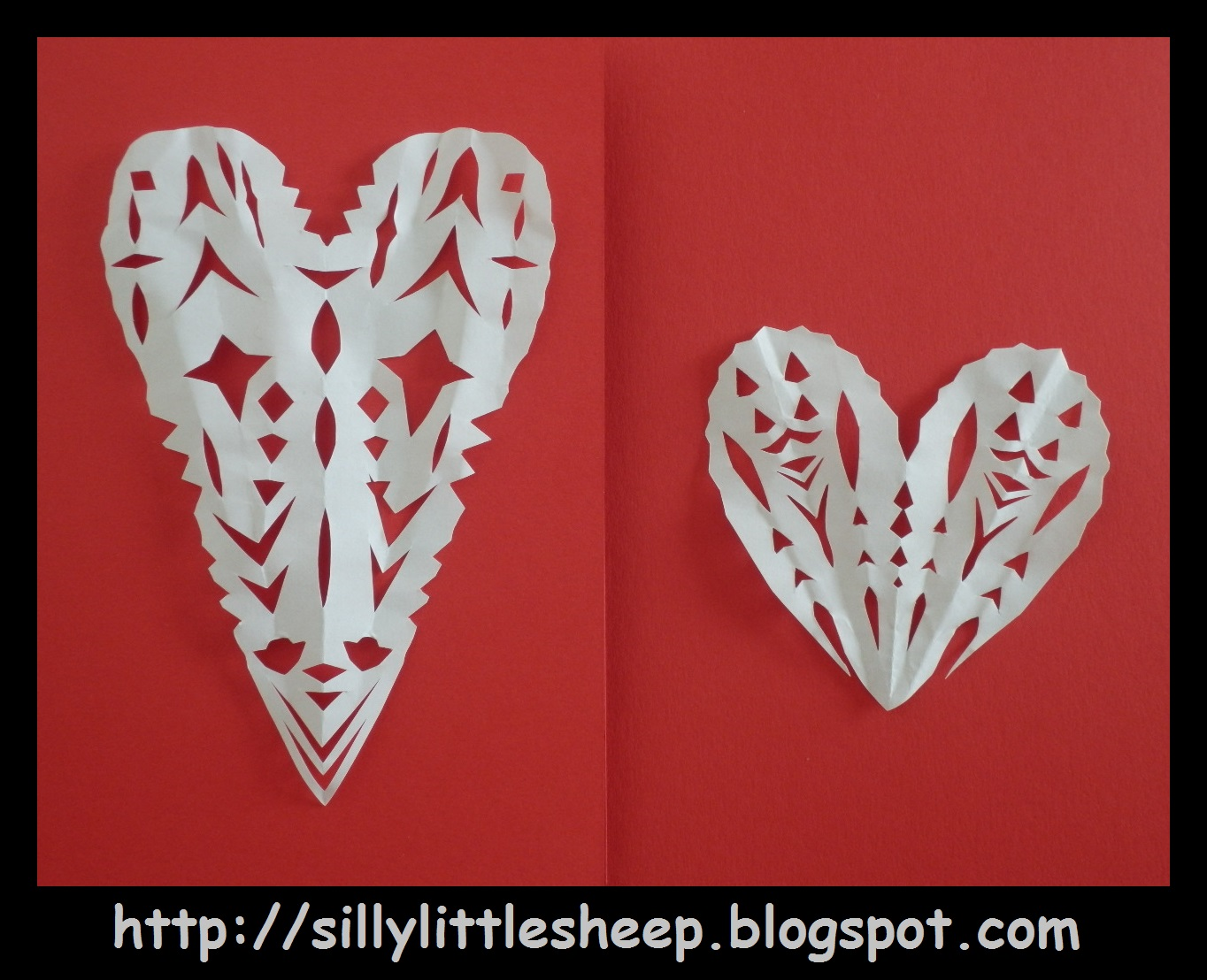 This year, the Valentine's day came in a very busy time, so the card I made was a very quick one. I couldn't share it until my boyfriend received it in the post, so here it is now - he got the one on the left. I also cut out a few more ''training" hearts to practise my cutting, but it was really easy. I am considering making this year's Christmas cards this way. 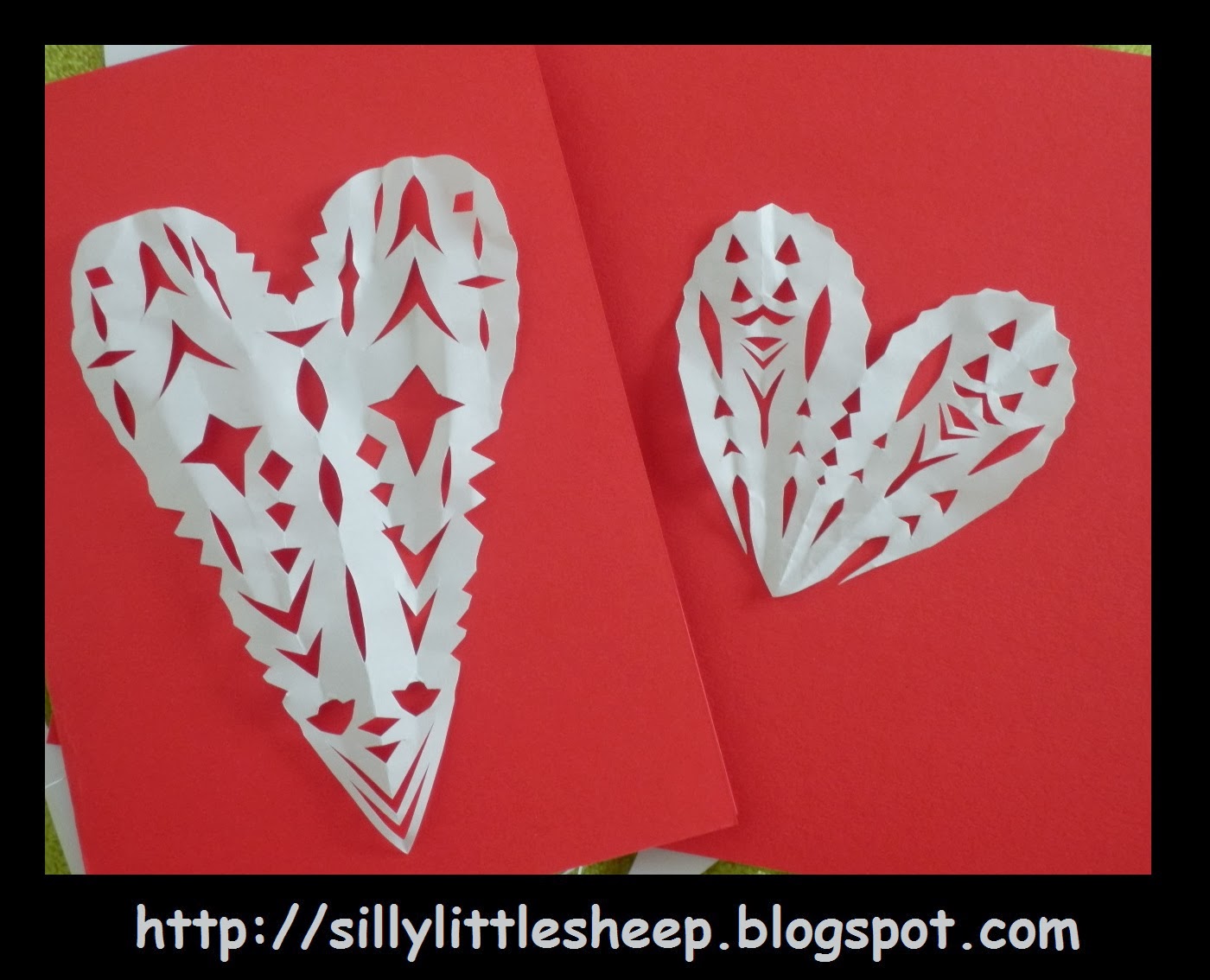 Any shape works, symmetrical or not, just cut it out of the paper and then fold in various directions and cut out the pattern. The only thing you need to be careful about when cutting is that the holes made in different foldings do not merge and create a one big hole - it doesn't look very pretty.
No comments:

I have finally created something wort selling in my Etsy shop, so here are some pictures! Originally, I planned to make a one-colour ball, but looking at so many lovely colours laid aside, I had to give it at least two : )

To me they are suer cute and super colourful and I cannot wait for all those babies to arrive! Year 6 science curriculum includes invertebrate phyla, so in order to keep them curious, I presented them with a challenge right at the beginning of the schoolyear. I showed them the following objects and told them that whoever guesses what this is, will get an extra A mark, which can help them with their final mark at the end of the year. Five months have passed since then and so far nobody answered correctly. I guess it is too hard for twelve year olds, but out of curiosity, whoud you know? Comment on the post of you think so. Back when I started making stuff for Etsy, I had a distant dream of creating something useful. Sure bracelets are pretty and beaded decorations help the Christmas atmosphere, but they are not useful. Nobody needs them. I wanted to create something that would be pretty, but also functional. 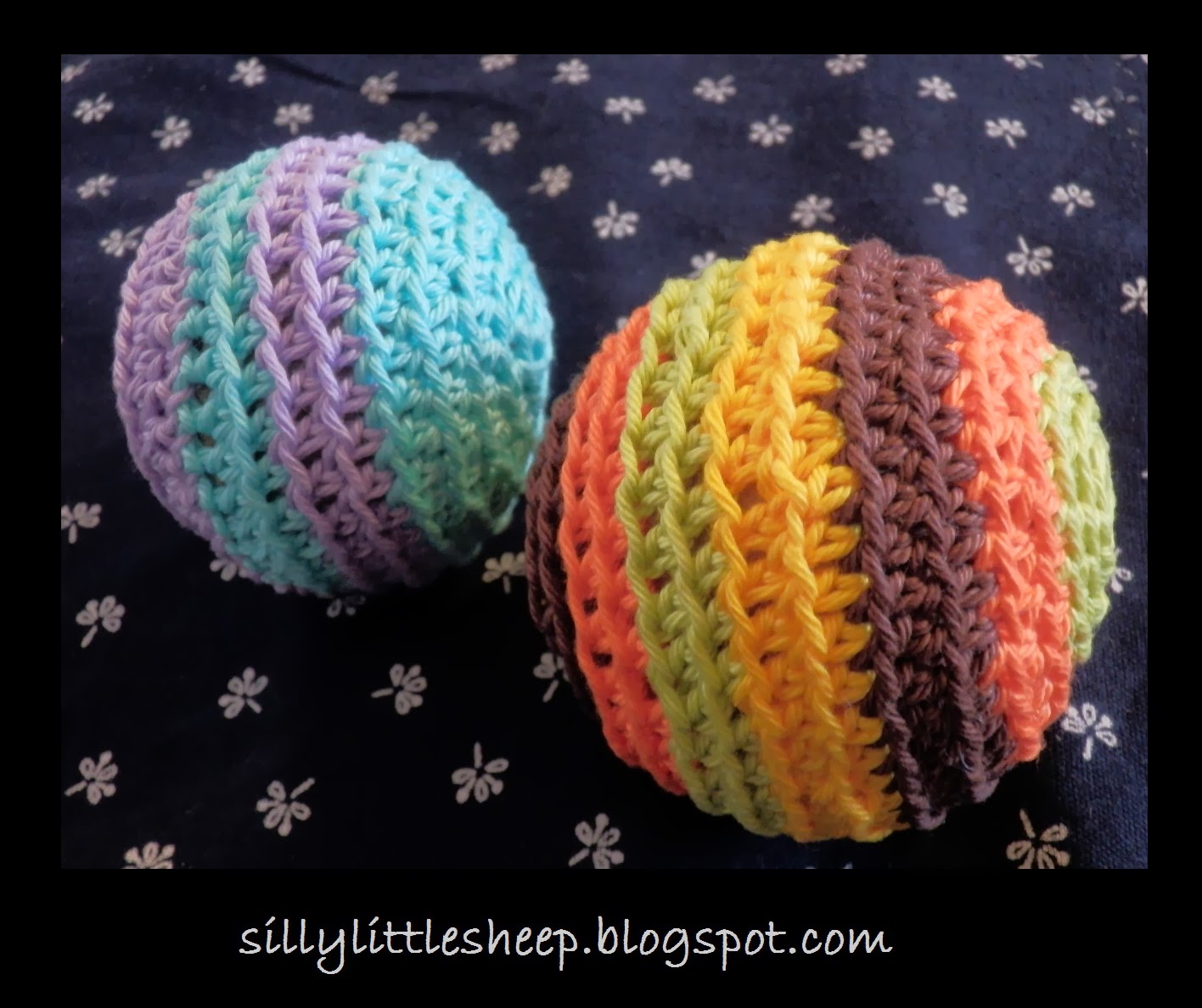 At the end of March, a new baby will come into my boyfriend's family, which inspired me to think about making things for a baby - sort of a training stuff so that I know how to make it when we expect our own baby one day. 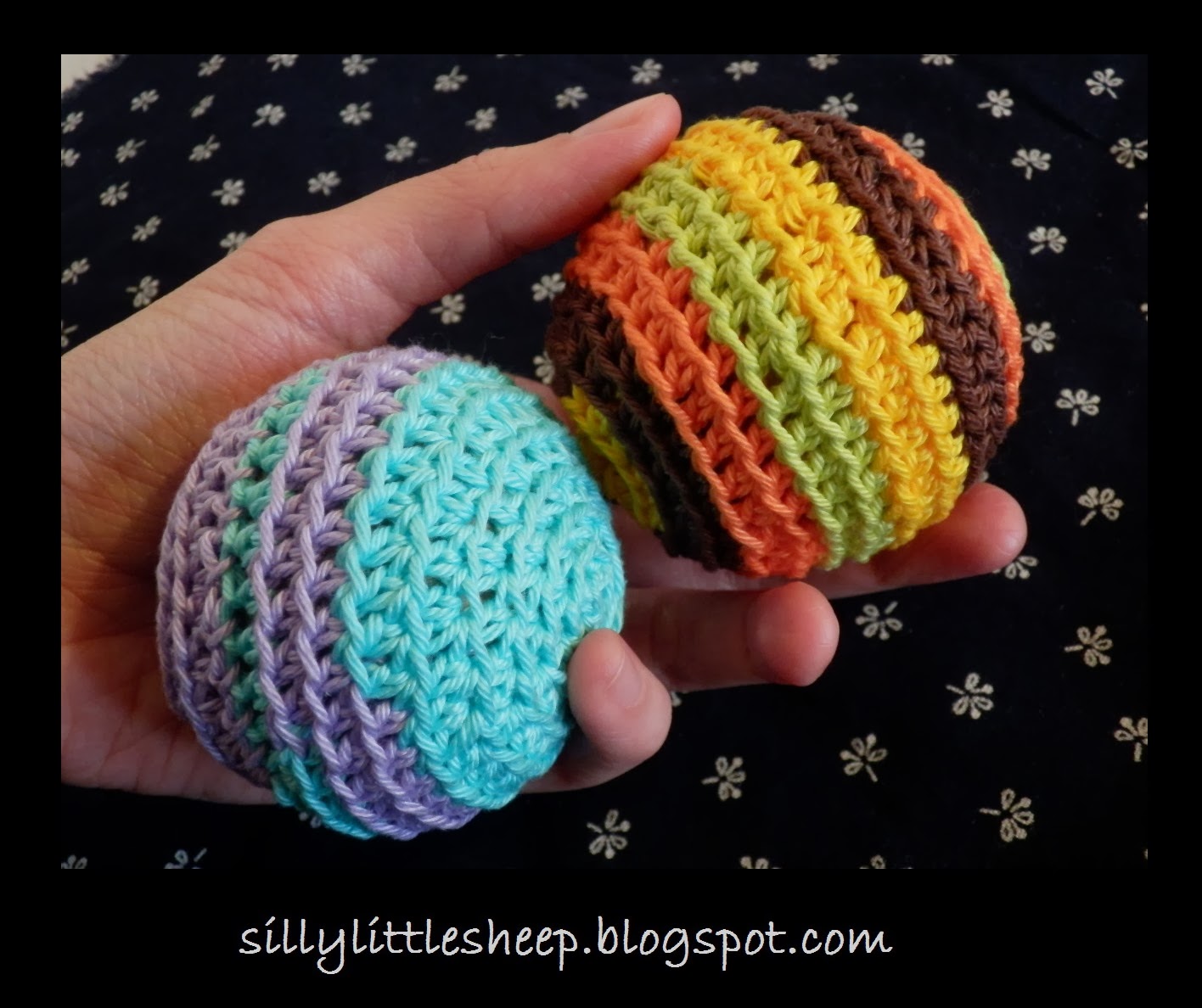 On Thursday night, I sat down in my bed with a bunch of pretty cotton yarns and a crochet hook and started making a blue-and-purple toy. Originally, I thought it could be a long worm, but I got a bit bored on the way, so I terminated it and turned it into a stuffed ball. 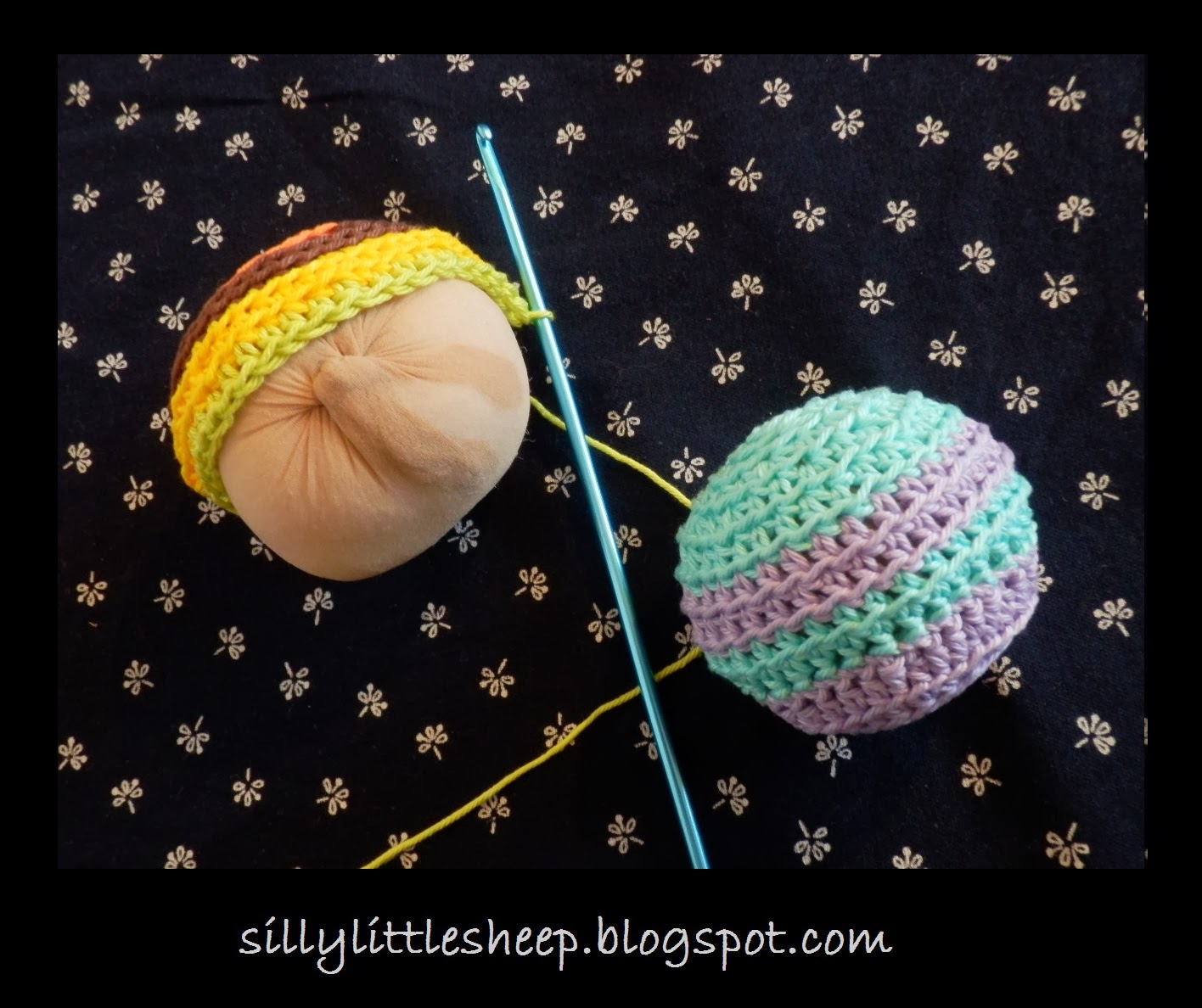 I filled the inside with a 100% polyester toy filling wrapped in a nylon piece (reusing some older washed tights) so that the polyester fibres do not come out of the ball. To be honest I am terrified of a baby playing with these or even inhaling them. 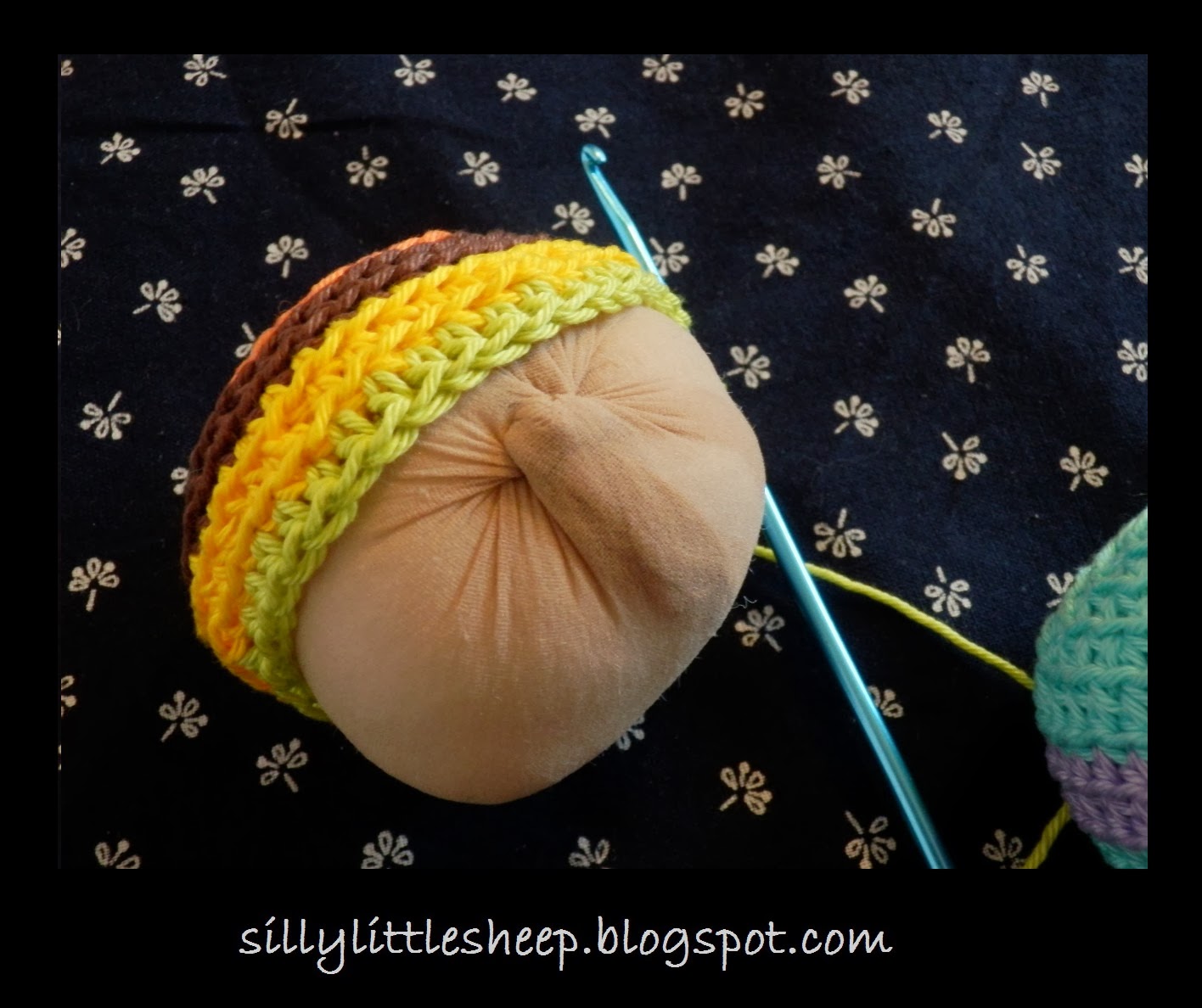 Later that night I created a different one. Since the gender of the baby will be unknown until it is born, I tried to make the balls gender neutral, but colourful. 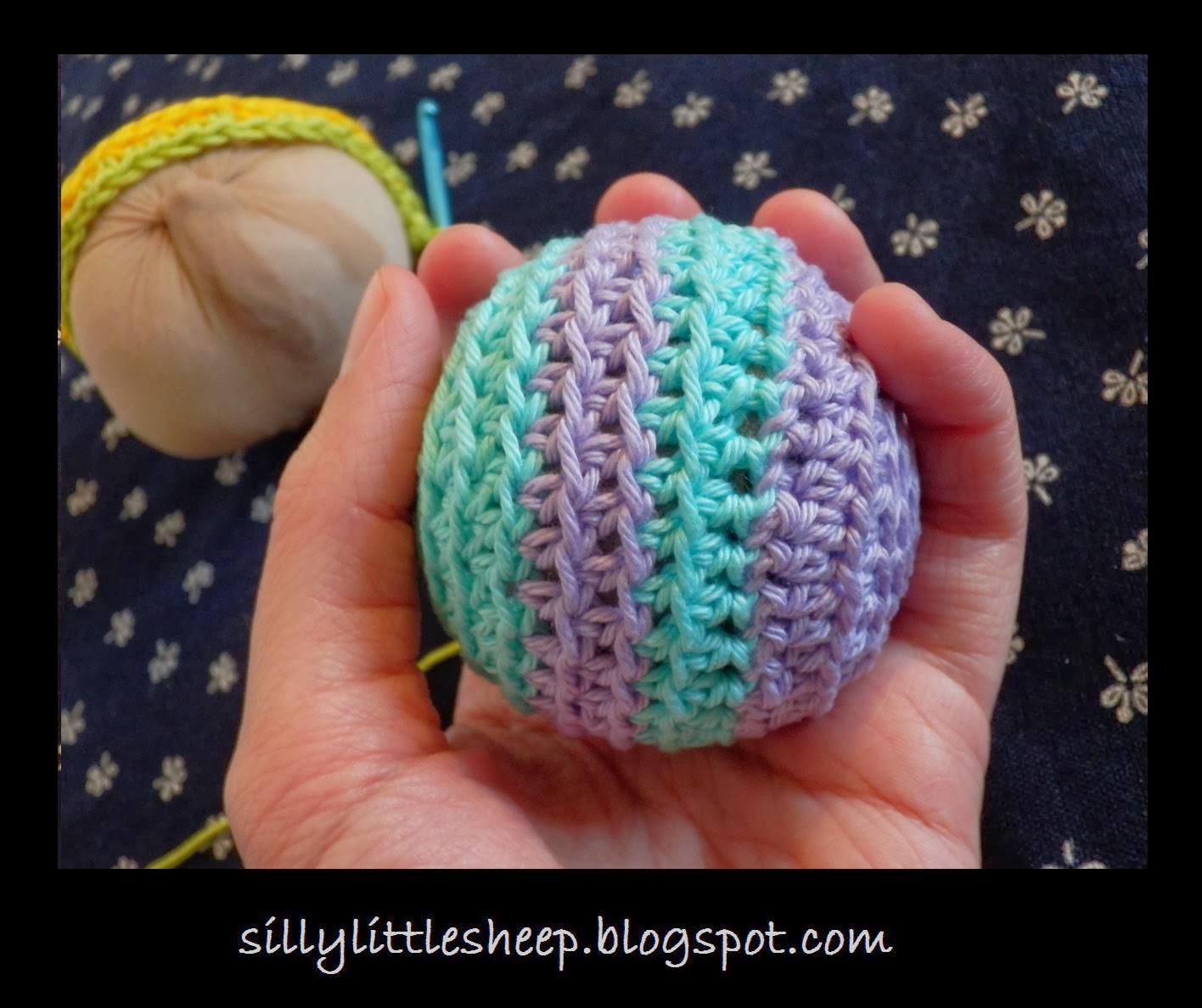 They can be for playing, throwing, squishing, rolling, but also for colour learning when the child is older. It is very exciting for me to create something that a little family member will use. And I also think they are very pretty, what do you think? 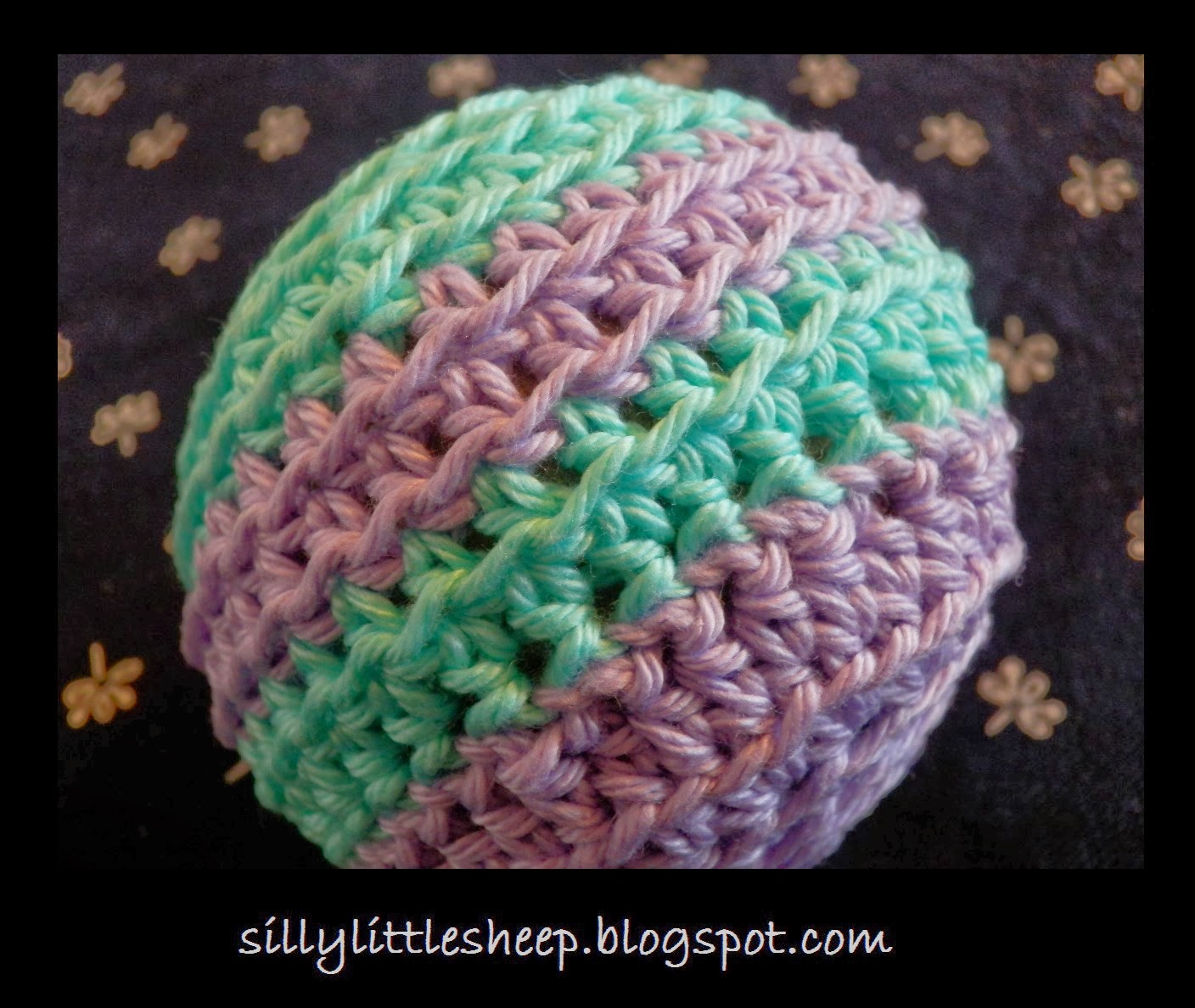