Our Brief Time with Peter Fantastic and Sourdough Baking

My husband likes sending me links to interesting ideas that we could try one day. One of the more recent ones has been the link to a sourdough started and the ways to make bread with it.  Finding out about it some more, I have found that there is a little bit of craze around it and that many of my friends back in Prague have actually got experience with sourdough baking. So I joined the Facebook group, researched the topic on the Internet, read through the Say! Little Hen blog and eventually we decided to give it a go.

Sourdough is fun but it needs some attention. This New York Times article describes sourdough as “America’s rising pet” and it is true. You feed it, you take care of it, if you don’t give it the right conditions and don’t feed it, it will die. It will smell and look weird and you will have to get rid of it. It also mentions that people name their sourdough cultures, which was a little challenge in itself!

… and so with a little strange twist of fate and possibly extremely weird train of thought and mental associations we ended up living with Peter Fantastic. He is a lot like one of those relatives that you barely know about but from time to time you have to doing something nice for them.
We set him up in an IKEA jar, combination of water and plain flour, adding more water and flour every twelve hours. 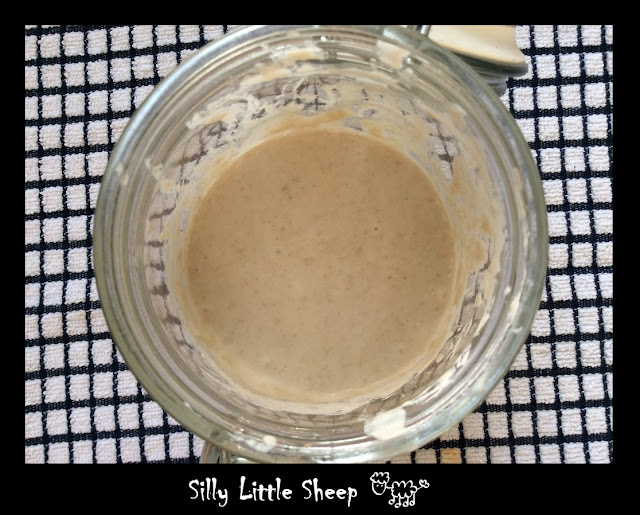 Here he is, twenty-eight minutes in 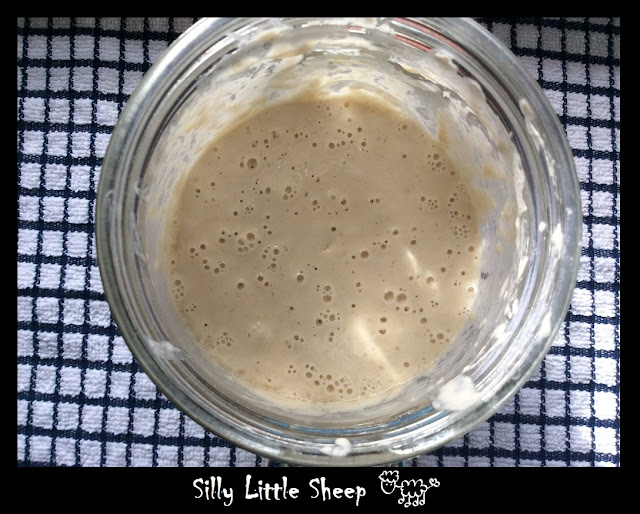 And he grew. After about a day and a half there were first bubbles. One couldn’t be sure whether they were just bubbles of air that got caught in the starter during mixing that are now escaping or actual carbon dioxide created by the yeast, but we kept our fingers crossed for him. 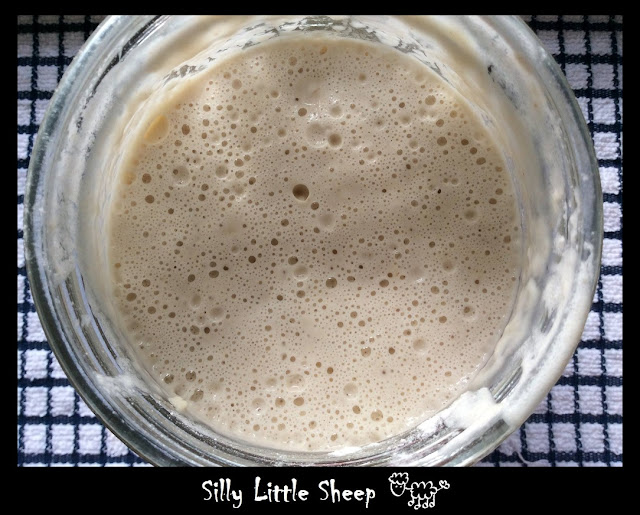 Soon it was clear that we were successful. He was properly bubbling! 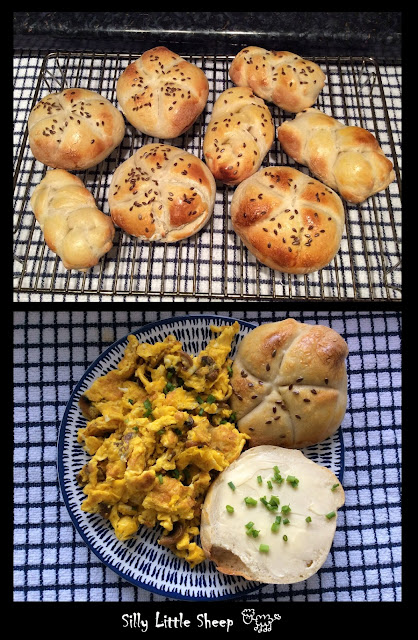 The first thing I baked were Kaiser buns, because my husband loves them and we have them every single time we go to Prague. So I tried to re-create them, but the proofing did not work that much and we ended up with some quite dense stuff. However, they were still pretty good 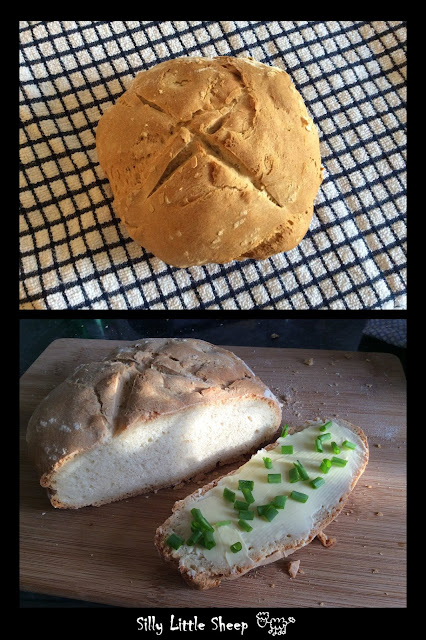 The first actual bread was very hard on top but nice and airy inside, even though a bit too dry. 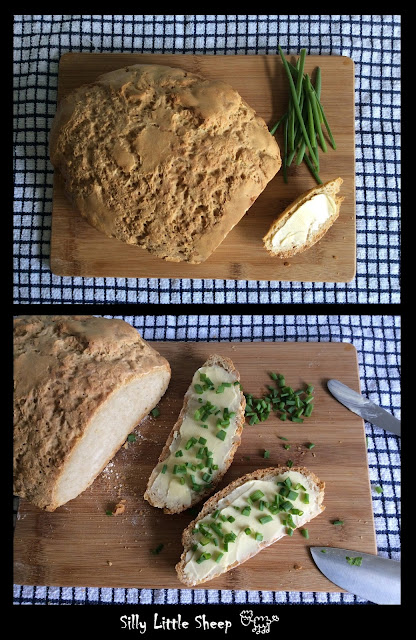 This one was much better, probably the biggest success of all. 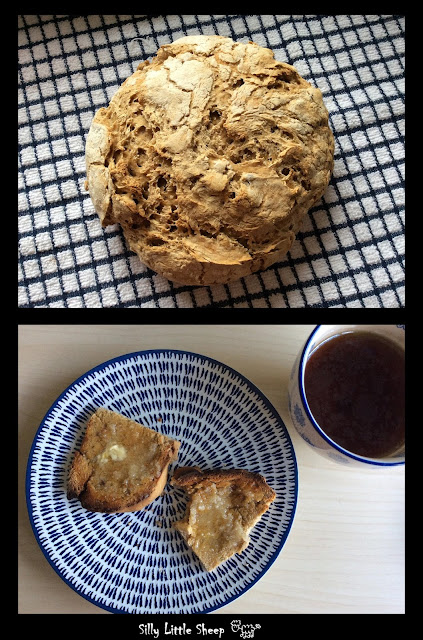 The above is my most rustic and probably crunchiest loaf. It was delicious with butter and honey and a cup of tea.

This was a challenge. Bread with pieces of lardons are quite popular in Slovakia and Czech republic, so I tried to make my own, as we happened to bring some lardons home from Surrey County Show. The only thing I did wrong was add the chopped up lardons early on and then started kneading it properly and - ouch - they are sharp!! ;D

We do not normally eat that much bread but with Peter, we kind of had to. It was a proper adventure, getting up early  on a Saturday morning to make bread - but only with the two of us we were overflowing with bread a bit.

I write in past tense because, well, as the weather got warmer, Peter started being less and less active (which is strange) and eventually the way he smelled has changed, there were no bubbles and small pink specks started appearing in the starter. That was the time when we gave up and gave him a good old down-the-toilet funeral.

However, the whole experience has opened the door to the amazing craft of breadmaking which I am sure I will return to one day. One day when we have a house in the country, family to feed the bread to and a garden full of bees buzzing outside the window (although just writing about it makes me want to go and set the whole thing up right now!)
1 comment:

There is one part of the garden that is becoming very busy these days and that is the blackberry hedge. Not really a part of the garden, as the hedge technically grows behind the fence and tends to fall in and poke through it, sticking the heavy fruits in to be picked.
Best things in life are free :) Yum.