It's been a while since I took this picture of a blackbird male. I think he was looking for a female, with very loud and whistle-like calls. He would sit down on my windowsill, next to my flowerpots, or on a street lamp in front of my window and sing. It was hard to keep the window open around him : )

I am not a huge fan of birds, but when I take a picture of one, I tend to read about it a little bit and according to biolib.cz , this bird also feeds on Portuguese slugs (Arion lusitanicus), which are very common and invasive in our gardens and gardeners hate them. So - a really helpful gardening bird!! :D
No comments: 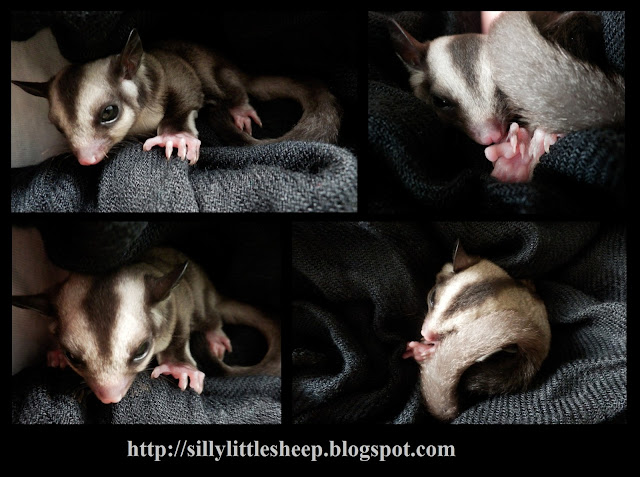 This little animal is a sugar glider (Petaurus breviceps), an omnivorous marsupial. My friends keep a couple of these and they have had many babies since they got them, two at a time. The babies have only 0.2 grams when they are born and climb into the female's pouch where they suck milk and develop further. Later, when they are too big, the mother leaves them in the shelter. They develop fur, open their eyes and become a little bit more independent (see wikipedia for more).
This little girl is still on milk, but very friendly, so she stayed with me for a while, as we watched TV. I made her a nest in my scarf on my lap and at first she was very curious, but eventually she fell asleep : )
5 comments:

﻿Košice (in eastern Slovakia) became European capital of culture for 2013. Many cultural events have already taken place, city got nicely reconstructed, parks were renewed and events will be going on until the end of the year. Most of them are new, but some - like Cassovia Folkfest - are already a tradition and take place every year.

Part of this year's folk festival was also an arts and crafts market between St. Elizabeth's Cathedral and St. Urban's Tower. There were toys, decorations, jewels, food and much more. Some of the crafters even performed their crafts right on the spot, which was really interesting. Here are some photos. 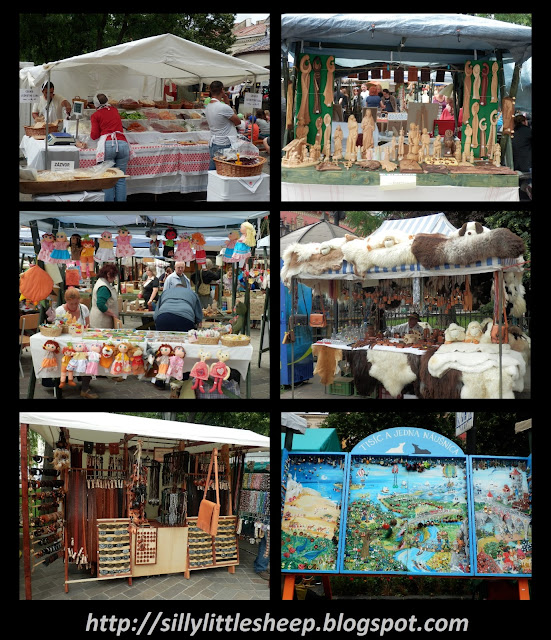 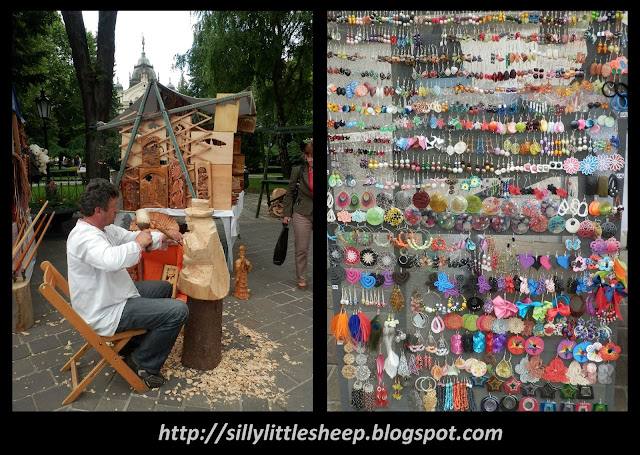 Little Parent Bugs without a Parent

Approximately two and half years ago, I blogged about planting some citrus seeds from fruits that we used in the Christmas punch. Those were mostly lemons, but that winter I also planted about fifty seeds from a single very seedy yellow grapefruit. Now those seeds are young plants (I gave away some, but I still have about thirty, so if you are in Prague and want a little grapefruit plant, let me know!!) and right now they reside on the outer windowsil of my room. Last week, I had to bring them in because of bad weather (a very windy storm woke me up around midnight and I was afraid the wind might knock some pots off the windowsill, so I took them back in). Two days later, I discovered a group of little creatures that probably just hatched, on the lower side of a leaf.

According to the opinions of my entomological friends, the creature pictured is most likely a parent bug (Elasmucha grisea) - a shield bug with sucking mouthparts, females of which guard eggs and hatchlings for several weeks. According to this website (perfect detailed pictures, have a look!!), these insects feed on alder and birch. As there are definitely no birch trees around where I live (alder possibly, but when I looked for it for my class, I did not find one), I think that choosing grapefruits was probably an accident.

And why is the mother missing?? Well, I have a hypothesis! think that the strong windduring the storm must have knocked her down and blown her away, so the little ones were left unguarded. I have never particularly liked shield bugs, but this little adventure will stay in my mind for a long time and has quite changed my relationship to the whole group. Little things like this show me again and again how wonderful and diverse nature is and how much I still have to learn about it. And I lovearning by these rare little experiences : )
2 comments:

My big brother (one year younger than me, but taller) raced me and graduated first this summer. So I came to watch him receive a red diploma (= with honours) in a big fancy awarding ceremony.

The whole family gathered, we had a huge lunch and indulged on a lot of law-themed sweets afterwards :) Even though my bro barely speaks a word to me, he was extra tolerant to big hugs from his old sister on this day :)

So - big congratulations to Tomáš! :)