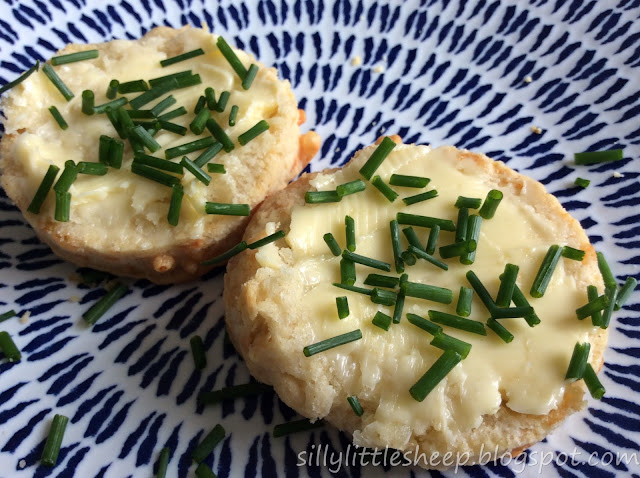 I love Saturdays. They are the only day of the week that I don't set an alarm (I do tutoring on Sunday mornings, so I have to). I wake up whenever I feel like it (usually at the time when my bus to work would be leaving) and have a nice slow morning. Sometimes I knit and watch telly, sometimes I make a cup of coffee and catch up on emails on blog posts, but whatever it is that I choose to do, it is always non-forced andI do it because I want to, not because I have to. 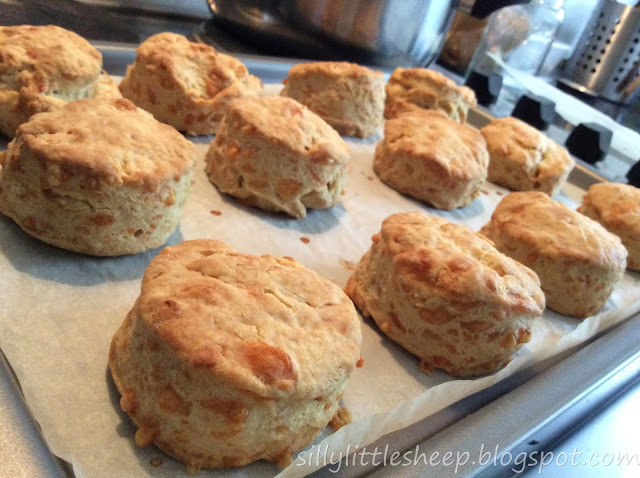 Today my morning included, apart from doing the dishes and two loads of washing, making savoury strudels and cheese scones for today's  Macmillan Cancer Support Tea Party at my sister-in-law's - a part of "The world's biggest coffee morning" taking place later in the week. Its main purpose is to eat cake, drink coffee and collect money for a charity that heps support people with cancer and their families. 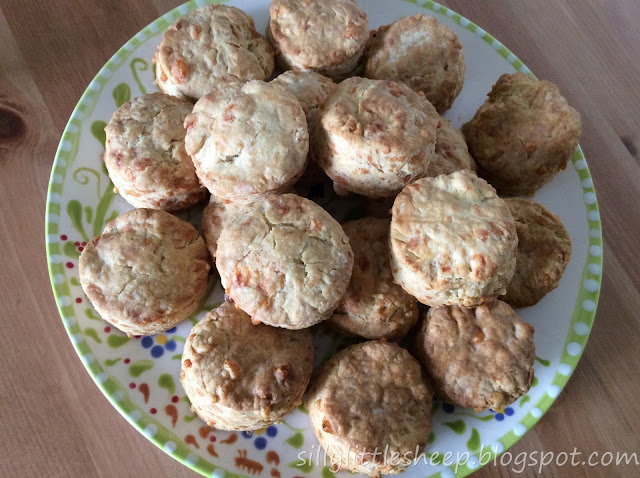 I find making scones incredibly easy. When I first moved to the UK and started working as a teaching assistant (because no school wanted to employ me as a teacher), Food Technology (now called Food and Nutrition) was one of my favourite subjects. Mostly because I got to put on an apron and get on with the cooking hands-on just like the students that I was supporting. I do not remember the teacher's name but I remember how encouraging and calm she was even though the class asn't exactlyideally behaved. It is her recipe that I wrote down have used ever since. Here it is.

METHOD:
I made mine with the most ordinary hard cheese I could find in the supermarket and grated it on a coarse grater, so the chunks of cheese are quite large and visible in the scones. They are delicious with a bit of butter and fresh chives. Enjoy!
2 comments:

Hello again. As you may have noticed, I was not around much this summer. The reason behind this awkward silence is the fact that I was gone for most of the summer, volunteering for Archelon,the Sea Turtle Protection Society of Greece which works incredibly hard to protect loggerhead turtles (Caretta caretta) and their nesting and foraging sites all around Greece. Great part of this work is done by an everchanging team of international volunteers. Ever since my acceptance just before Christmas, I have been getting ready for the trip on which I will have to work hands on with turtles, one of my favourite animals.

So at the beginning of August, as I stood in the security line at Gatwick airport, clutching my boarding pass, I could not stop myself from thinking -what the hell are you doing? I imagined having to work with many young, fit and beautiful gap year people who will put me to shame and I will become forever known as “that older lady who thought she could do it”, but instead found a nice small group of people roughly my age who were equally or even more enthusiastic about marine conservation than I was.

From the fear of saying something scientifically inaccurate I will refrain from writing elaborate posts on loggerhead turtles, but I can say that those two weeks were a dream come true and an adventure to be remembered for the rest of my life. The photo above is a quick snapshot of a newly tagged and measured turtle just before it was released back into the sea. There really wasn't enough time to take arty pictures (but if you want to see some underwater ones, check out professional photos of sea turtles by Kostas Papafitsoros. I have been following his work for quite some time now).

Overall, the slaps, bruises and scratches were totally worth it and knowing that I have put my little bit into helping preserve this beautiful animal and the habitat it shares with so many other species fills me with content. Sadly, there are still many places where people disrespect rules that are in place to protect them and keep on carelessly endangering them by fast driving or even feeding them in front of tourists for money which can become fatal to them later. We even saw some turtle feeding tours advertised last year on out honeymoon in Zakynthos, which is a marine park! Unortunately the tourists that do go on these tours go because they like turtles and do not know how devastating the impact of it can be. Some examples of turtles and humans clashing (in some cases literally so) can be seen in the sea turtle rescue centre in Athens (below) which is open to visitors.


As life changing as the experience was, it was also eye-opening. It made me realise that no matter how much I dream about it, I couldn't do conservation work full time. I am not the right type for it and I lack the enthusiasm and passion for data that you need to be a scientist. And also, I really and truly love teaching, bringing the science to the masses and helping them love and care for the world we live in. I like being comfy and cosy and organised in my classroom, having certain level of independence in how I do things and working with young people. It was nice to have some confirmation, now almost in my thirties, that I chose my career path well.

I don't think I will volunteer again but I will always remember the sounds of loggerheads coming up for breath when the sea was calm and the boat engine was off.
3 comments: 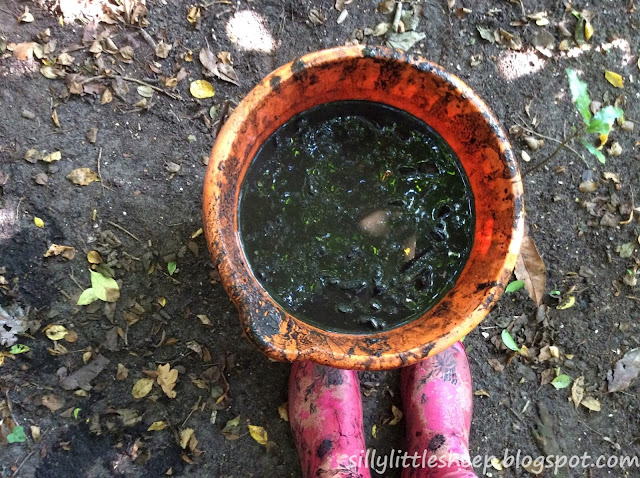 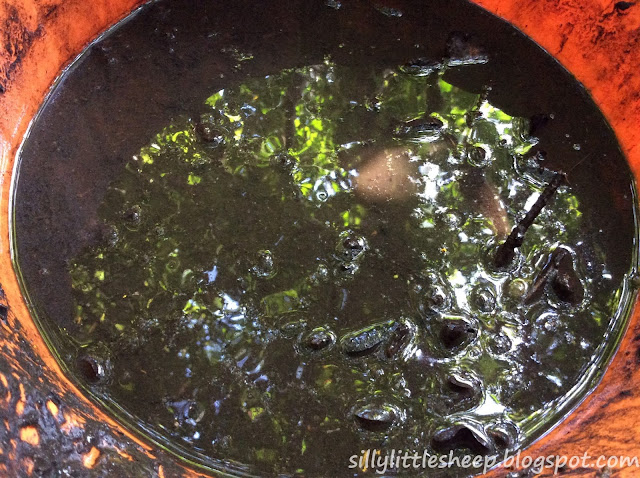 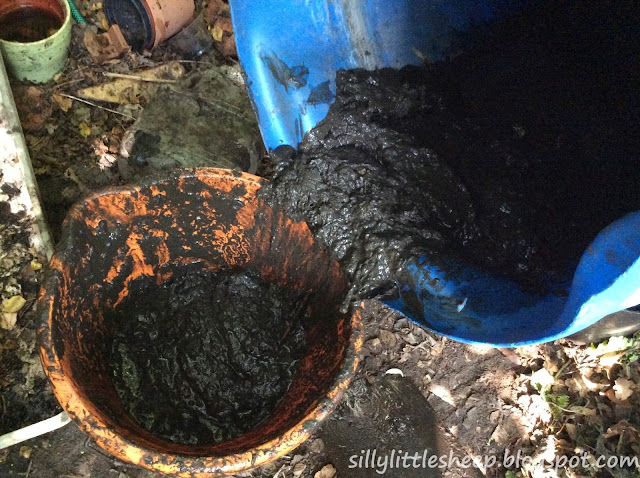 It was my aim to empty it all before winter. Firstly I used most of the liquid when watering. As I got to the thicker sludgier bottom, I tried everything. Scooping, pouring, even shovelling it out. Eveuntually I tilted the entire barrel and used the shovel to pull the sludge out into a bucket and then distributed it around the garden, hoping to enrich the soil for the years to come and maybe help the plants a bit as they are approaching the end of growing season. The barrel is now free to be used again, maybe for more fertiliser, maybe as a sore of rainwater, we shall see.
No comments:

I must admit, I do not want to go back. Not ever, just not yet.

If I recall the last year's me, I see a woman who'd rather get shredded than go back to work in September. Crying, I was clutching and clawing my husband's shoulder the night before the first INSET day, begging him not to make me go back. I remembered only too well the nights spent worrying, the long parents' evenings and the crippling feeling that it will never get better, ever, and I spent all these years studying for this and yet I cannot do it. I looked for other jobs, I got more and more depressed realising that they are far away or I am not qualified enough, more and more broken every single day. I hated it.

Until one day at the end of 2016 that I did suddenly realised that I no longer stay up until eleven just to finish the next day's presentations or get up early to mark the remaining few books that I just couldn't do the night before. Nor do I carry so many books home or spend all my weekend indoors closed in a room with textbooks and computer. Some of it was because I got a teeny bit relaxed and stopped worrying and micromanaging so much, but also because somehow the job has become less daunting and I had more free time but rather than resting or spending it doing things I loved, I spent it worrying. So I decided that I will stop - and that was somehow enough to make me do it. That simple shift in mindset. 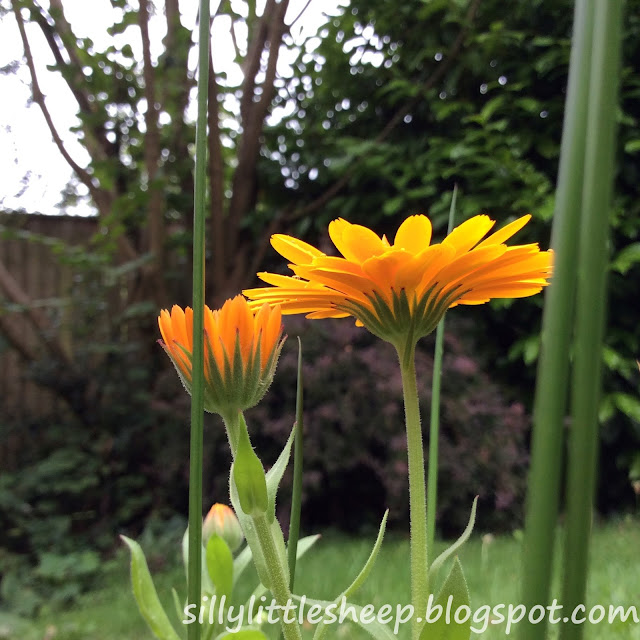 So now I am actively making myself think about and appreciate what I have been through, what I will go through and what I definitely have coming, because - big revelation - teaching isn't easy. I won't go as far as saying it is one of the hardest jobs in the world because I really don't think it's true (surely mining sulphur at a semi active volcano somewhere in Indonesia is more demanding), but it is hard enough for us pampered first world types.

It means a lot of sitting down getting a nice carpal tunnel syndrome from using the red pen a lot, rushing around, caling the IT guy when the printer doesn't work and you're convinced that it hates you, saying 3-2-1 a lot and sometimes being cried to, being shouted at and having to carry out polite "arguments" with both parents and their offspring but it also involves the things I love most - helping young people learn how to be organised and focused, how the world works and introducing them to the wonders of Science. That's what I do, that's what we all do. So next time a school year comes close and threatens to smash me in the face, I say:"Just bring it on and get it over with. I am ready."
No comments: